This is a very sunny wall with a short approach and a beautiful view. Duncan's Ridge has the closest rope climbing to the Fort Collins. The majority of the routes can easily be top-roped, and the area is a great place for beginners and highball boulderers alike. The area has a good variety of trad climbs in the range of 5.4 to 5.12.

Once at the parking lot (same lot for Piano Keys Bouldering Area), hike west up the hogback for 5 minutes and you're at the ridge. You can descend via the obvious 4th class gully to the north of the main climbing area there is a large dead tree just after the gully.

Climbing here goes back at least to the 1960s. The name was given in honor of Duncan Ferguson (an extremely modest, non-self-promoting, and one of the most graceful climbers) who came here and probably climbed every line here during training sessions taking advantage of the area's proximity and accessibility as this area was his escape from the crowds at Flagstaff and Rotary. As was Duncan's practices, he rarely gave much effort to publicizing his ascents other than to his close associates. Some, like Steve Bass, would go up for hours at a time, up/down climbing every move, until he could send in preparation for other mentally challenging routes. Other notables who frequented the area include: John Gill, Mike Storeim, Dan Hare, Scott Woodruff, Brad Gilbert, Jeff Stringham, Jamie Logan, Sam Shannon, Alan Nelson, Tom Kelly, Steve Mamman, John Long, Scott Blunk, Mark Wilford, Lizz Grenard, Malcolm Daly, Ken Decker, Ken Duncan, Steve Bass, Jim Brink, and Craig Luebben. Thus, Duncan's was originally a highball area for most climbers. It was a training ground to get used to longer runouts while on lead for those who liked headgame routes. It became a mostly toprope area as more of the masses found the rock to their liking.

The tradition and style of the first ascents was ropeless or using clean gear. Unfortunately, some if not most of the history has been passed down by mouth incompletely, which has led to the younger climbers not recognizing (or perhaps respecting) the history and traditions here. Over the years, some of the "respect the ethics of the first ascensionist" has not been passed on fully to the "next generation." Further, the sheer numbers of climbers have pushed some of the "older generation" to climb more elsewhere.

Over the decades, bolts have appeared, mostly at the top of the cliff, but they have often been "chopped" as the traditions were to leave nothing behind. Duncan Ferguson would spend afternoons soloing up and down the ridge probably doing most every route done there today. Duncan's legacy may help explain why some feel that retro-bolting the ridge is a travesty.

Also, the area has been used by non-climbers, sometimes to the detriment of the area's resources. Even the earlier climbers found bottles, cans and the occasional rock trundle flying down from the top.

More recently, the area has come under the closer inspection and regulation of the Larimer County landmanagers. The Northern Colorado Climbers Coalition has come about after the turn of the century and has tried to be an advocate for climbers in the area. The NCCC has worked out an agreement with Larimer County in 2015 that has sanctioned fixed anchors, perhaps unknowing of the history and traditions of the area, in an effort to reduce erosion at the tops of the cliffs and injury to trees used as anchors. Additionally, the NCCC, or at least one of its members, has begun to add some bolts to previously climbed lines which has led to some controversy (as is common with retrobolting routes anywhere).

Eds. The original text was deleted by the poster. Given the circumstances, this section was edited in to reflect the history. Some of the history can be found alluded to here. 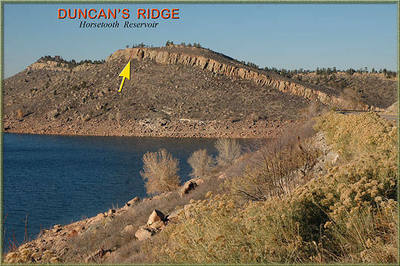 A long view of Duncan's Ridge shows an attracti… 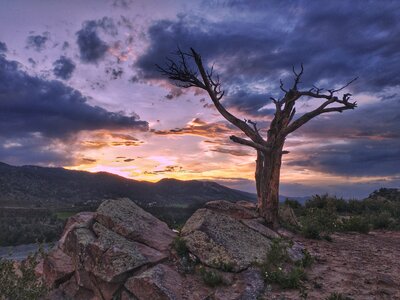 This is the tree marking the top of the downcli… 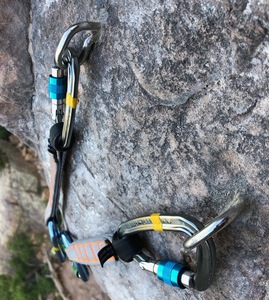 New stainless steel epoxy bolts at all the anch… 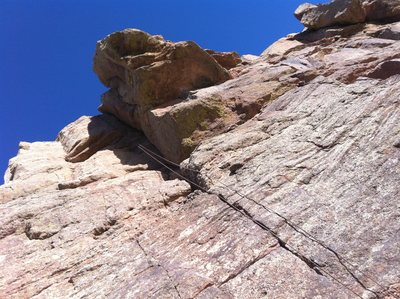 Duncan's Ridge... with Horsetooth in the backgr… 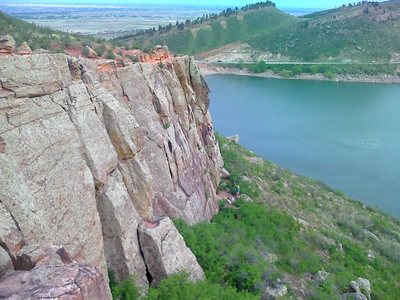 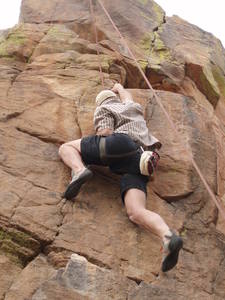 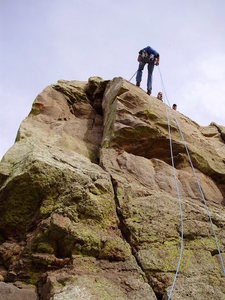 Just south of the descent gulley 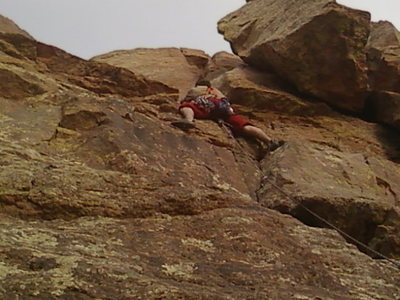 Trad climbing the route south of overhang with… 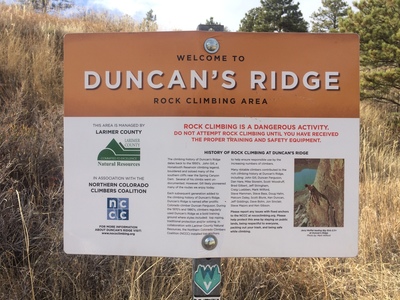 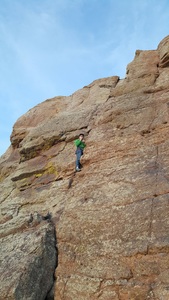 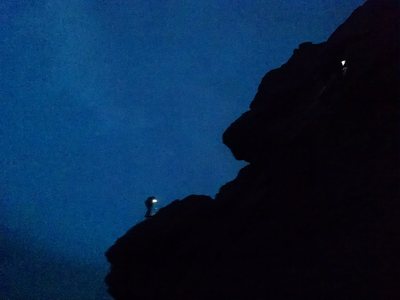 All Photos Within Duncan's Ridge