This is a somber, 1000 foot, northeast-facing wall which looks the part of a classic, craggy alpine face. It feels like it, too. The Culp-Bossier is probably the best route. The standard classic, the Northcutt-Carter (formerly 5.7) lost its first two pitches in 1999. It now goes at 5.10 R through the scar, or in the 5.8/9 range if starting on the route to the right. Ironically, it's now a great way to avoid traffic on the second buttress routes. Getting off-route, runout face climbing (on or off route), and steep climbing at remarkably moderate grades are consistent features of most people's Hallett experience.

Hallett's north face divides neatly into three buttresses. The chimneys dividing the buttresses are Hallett Chimney and the Slit, respectively, which are generally climbed as winter objectives. The first buttress is more broken and the routes are not as long, difficult, or sustained; the vast majority of the traffic centers on the Great Dihedral route. The second buttress sees most of the action with a variety of good routes in the 5.8 to 5.11 range. After the rockfall, the third buttress is seldom-climbed and is the spot for a day of adventure and solitude while other parties infest every nook and cranny of the second buttress ;)

Descent: there are two descents. The best descent for any route that tops out on the first or second buttress is to head down the ridge until a rappel is required from a bolted anchor (two ropes or a single 70 works; there is also a solid intermediate sling anchor if you have a 60 meter rope). From here, a well-cairned 3rd/4th class route weaves back around through trees, gullies, and short steps to the base of the first buttress.

The other descent is much looser, but is the best, or certainly the quickest choice for any route on the third buttress. From the top of the third buttress, descend to an obvious notch (marked by a cairn), and follow a steep, loose gully which bears NW. Head down it, taking the left fork 2/3 of the way down to avoid getting cliffed. Then walk back to the base of your route. The loose rock is mostly just an annoyance but could be dangerous if others are in the gully above you.

Within this subarea, you will find only the rock routes.

Drive to the Bear Lake parking lot, follow signs to Emerald Lake (about 1 and 1/2 miles), and scramble up to the cliff. Most of the climbs are on the second of three buttresses which make up the face.

For a quick link to Hallett mixed/ice routes 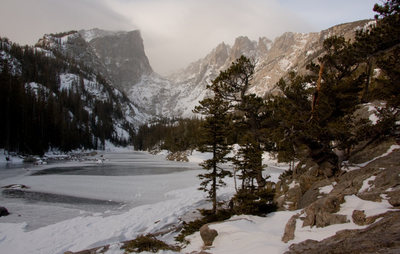 Photographed just after the first snow of 08/09… 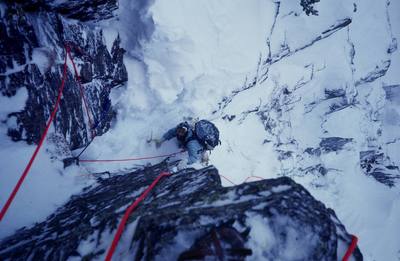 First ascent of "Lost in the Woods," Hallett Pe… 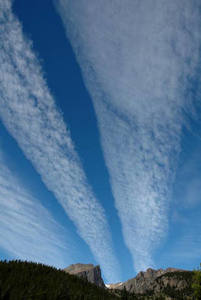 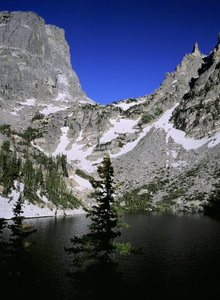 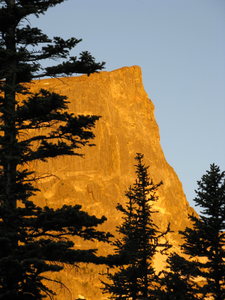 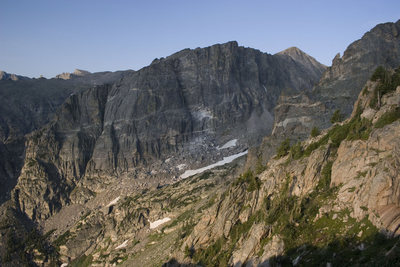 Hallett from the Flattop Trail.

The definition of a good morning on Hallett Pea… 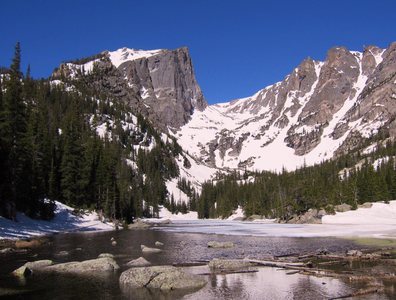 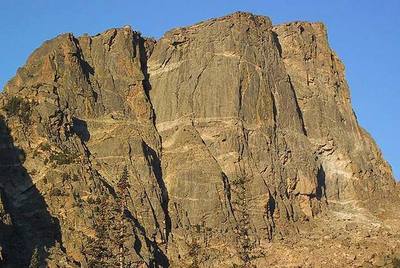 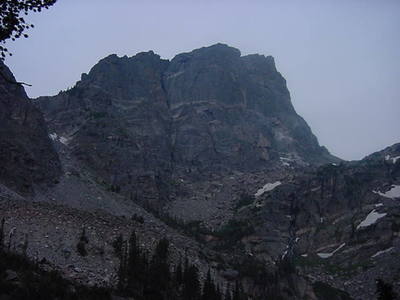 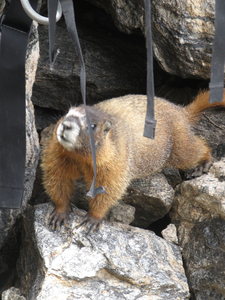 All Photos Within Hallett Peak