Routes in The Diamond

The East Face of Long's, crowned by the Diamond, is a world famous alpine wall, and every other aspect of Long's holds wonderful secret and not-so-secret scrambles and climbs. This is my, and many other people's favorite mountain--Please, Please, Please tread as lightly as you can on this mountain! I am somewhat wary of writing anything that could increase traffic, though hopefully all this beta will decrease rescues. The peak sees thousands of ascents every year and the East Face is starting to feel like the Boulder Rock Club. You can do yourself and everyone else a favor by climbing on weekdays. The Diamond free-climbing season generally runs from mid-July to mid-September.

From the Long's Peak Trailhead, follow wide trails and obvious signs to wherever your route might be and scramble around it on the north (for the East Face). If taking the rappels from Chasm View, they begin from bolts on a large, semi-detached rectangular block. Most people who want the East Face hike to Chasm [Lake] and scramble around it on the north. If you are looking for the North Chimney (read: gully), which offers the standard passage to the Diamond, then make sure you do NOT take Field's Chimney, which is more obvious as you approach the Diamond above Chasm Lake. The North Chimney is somewhat hidden, and lies further north, below the center of the Diamond. It has a snow tongue reaching up into it. For a great detailed description of the best way up the North Chimney, click this link. The North Chimney is a potentially very dangerous 4th and 5th class approach, with dangerous loose rock. Don't do it beneath another party and make sure to read the beta linked above if it is your first time.

The rap route on the Diamond off the left side on D7 is becoming very crowded, and I have seen parties ascending D7 become the victims of whiplash. Rude people are just as numerous on the Diamond as anywhere else. The raps start just below Table Ledge, directly above D7 . Nearly all of the anchors (all bolted, 5 in total) are slightly to one side or another--rappel slowly. The Crack of Delight rappels (total of 4) are also all from bolts and thankfully do not actually occur in the North Chimney; they start at the edge of Broadway below the Casual Route (near a Lower East Face route called Crack of Delight - which is South of the North Chimney).

Make sure you head far enough climber's left on the first rappel. If you are at slings and not bolts, you are off-route and your rope will get stuck! Again, rappel slowly.

I prefer to walk off from Table Ledge (not least because when we rappelled, it didn't really feel like we had completed the climb). Once on Kiener's, head steadily up right to find the fourth class step around--if it seems harder, try somewhere else. From the summit (or just above the step around), contour to the north (should not exceed 3rd class or present any exposure) to pick up some cairns which lead to the North Face rappel, off the huge eyebolts which used to anchor the cables (one double or two single rope raps). Head out to the Boulderfield and the trail, or hike down the ridge to Mount Lady Washington (above the Chasm View Wall) until you can descend down talus slopes to the south. Look for a loose gully (the Camel gully) which bears to the right and desposits you on the talus/scree/snow above Chasm Lake. One can also take the Keyhole (hiking) route down from the summit--follow the sign and paint splotches on the rocks. 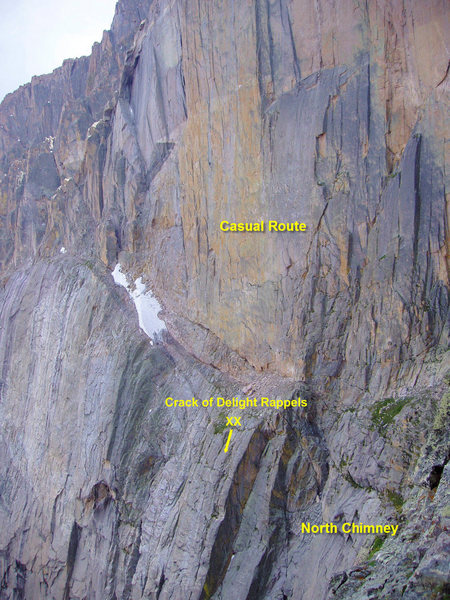 Crack of Delight rappel anchors just below the Casual Route, South of the North Chimney. . For more details, per Byron Murray: follow a small, but well-defined trail from the base of the Casual Route down through some talus, bending left to kind of a grassy ramp area. The trail terminates, and there may be a couple 4th class moves down a slot to a ledge. Bolts/chains on your left, maybe chest high. 1 short rap (single rope) to a huge ledge. 3 double rope raps from there, last one puts you halfway down the snowfield.

Classic Climbing Routes at The Diamond

Mountain Project's determination of the classic, most popular, highest rated climbing routes in this area.
More Classic Climbs in The Diamond » 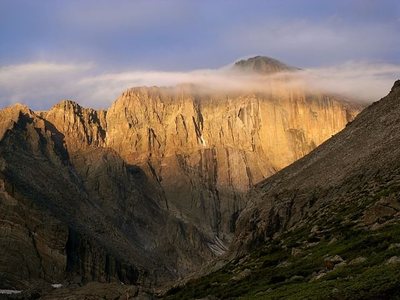 The Diamond before a (later) rainy day. 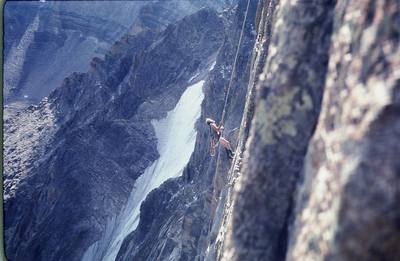 The late Chip Salaun in the early '80s doing bo… 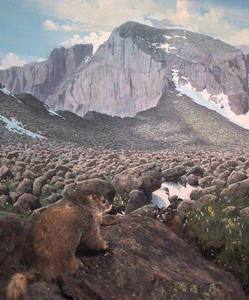 A marmot scopes out the Diamond. 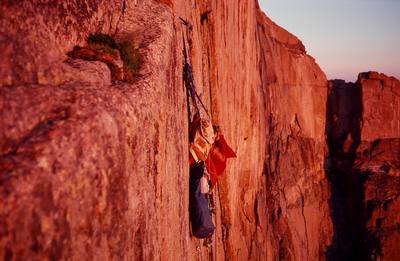 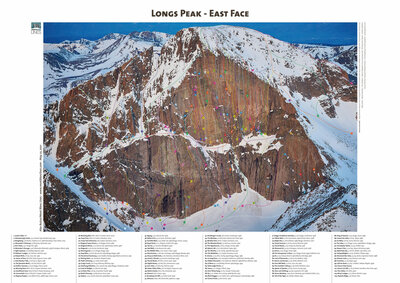 Every single route on the east face of Long's P… 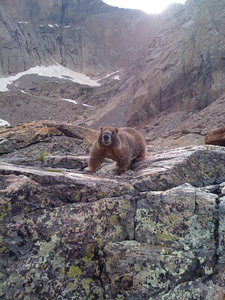 The guardian of The Diamond!! 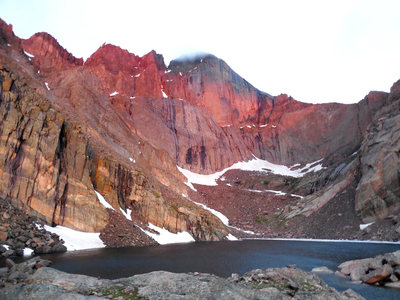 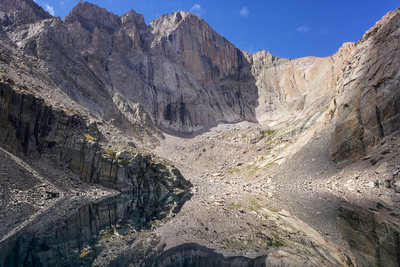 The Diamond with its Chasm Lake reflection. 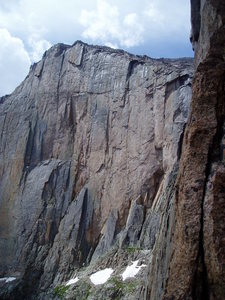 As seen from the top of P3 on Directissima. 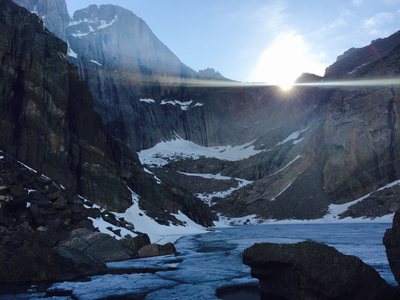 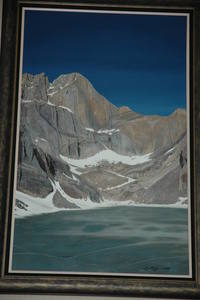 Original oil painting of Chasm Lake and The Eas… 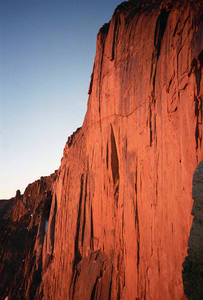 The Diamond, illuminated by 4am alpenglow, seen…

All Photos Within The Diamond


More About The Diamond