Routes in The Bastille - N Face

A mega-classic rock. The Bastille and, in particular, its North Face, is a cornerstone of climbing in Eldorado Canyon State Park. According to P. Ament in High Over Boulder this was once called Chimney Rock and may have been named The Bastille by Stan Shepard in 1957. This modest, 350 foot crag can be divided into The N face and the W face for organizational purpose. The N face is steep, shaded, and has exceptional routes for intermediate climbers and advanced climbers who seek out the mental challenges in addition to the physical. There are those who count the seconds attempting to set solo speed records here. There is probably little for the lower end difficulty climber nor the high end climber here.

Once, the summit provided an anchor point for the cable upon which crossed Ivy Baldwin on many death-defying crossings of the canyon. Today, the cable remains testament to a disappearing breed of adventurer. Climbing here began at least in the 1950s. There are legends of Frenchmen swilling champagne during an ascent up The Bastille Crack on French Independence Day. Today, this remains a crag that holds a special place in the hearts of climbers who have progressed to climb some of the great walls and peaks of the world.

Amazingly, this face had some early high standard climbing with Stan Shepard and Allen Bergen freeing the upper 4 pitches of the Bastille Crack in 1957; however, the most amazing feat is likely Ray Northcutt's 1959 freeing of the Northcutt Start, 5.10d, after being told, incorrectly, that his competitor, Layton Kor, had just freed it.

There are so many variations, linkups that it may be hard to list them all and unmotivating for most to submit these to the database.

Descents off the top traverse along an exposed-at-times break/ramp near the top to the N side of the rock and gain a 3rd class ramp down to the Fowler Trail. From here, descend the West Face hiking trail (3rd class near the bottom) back down to the base. A few of the routes have rappel descents, but they are the minority.

Come and climb here, but realize that many share your passion for the experiences found on this stone.

The most arduous approach in Eldo by far...At least a 1 min. walk from the parking lot to the West.

Once you enter Eldorado Canyon State Park, you will hopefully find parking within 200 yards in one of two areas. Park. Walk uphill to the obvious bridge across South Boulder Creek. Look up and left. This is The Bastille. The N face is accessed off the road. The W face is accessed off a 3rd class trail just around the corner and up the steep slope.

Mountain Project's determination of the classic, most popular, highest rated climbing routes in this area.
More Classic Climbs in The Bastille - N Face »

Sun Angles Details:
Routes Mostly Face: North
Sunny Roughly 5pm to 8pm during high season
6am
8pm
Details: Most routes are shady all day and good even on hot summer days. There's some oblique sun late on summer days, but not enough to bake the rock like it does on West Ridge and Rincon. 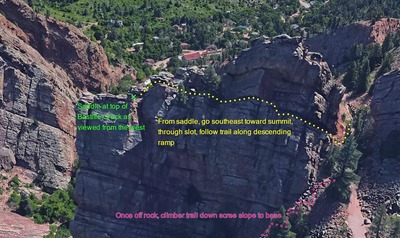 More info on getting down. Image from Google Ea… 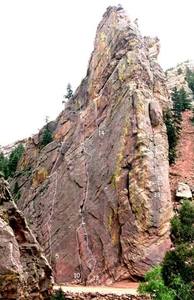 The north and west faces of the Bastille. 5.… 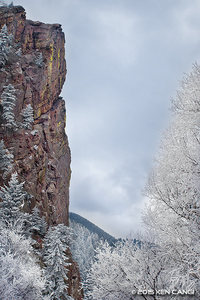 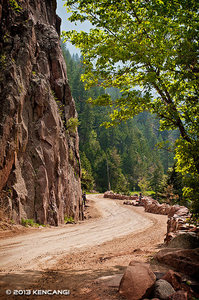 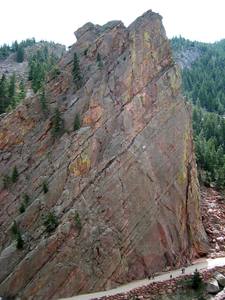 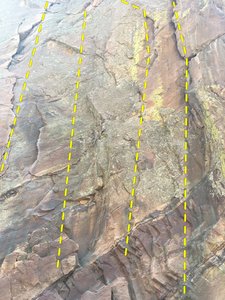 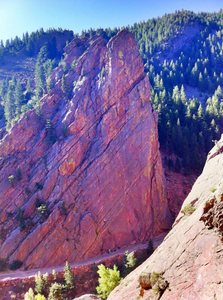 Looking across at the North Face. Notice the ti… 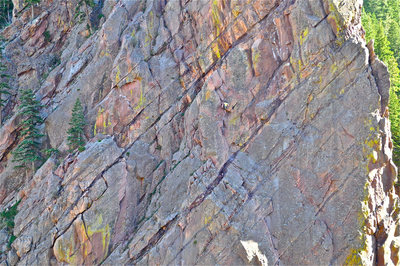 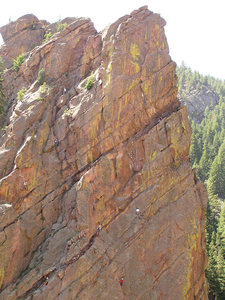 On this beautiful day, the Bastille reminded me… 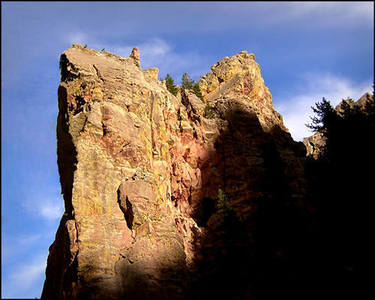 All Photos Within The Bastille - N Face


More About The Bastille - N Face