Update from the Flatirons Climbing Council July 2021: due to late nesting of peregrine falcons this year (2021), this area is projected to be closed until ~Aug. 12, 2021

Unmistakable and outstanding, its jutting east face is obvious from anywhere in Boulder, and the beautiful, solid rock meets or exceeds your high expectations. A 100-foot-high "CU" was painted on since the 1940s. Since camouflaged by more paint, you can still see the faint outline. Of course, when you're on the east face, it's obvious when you get to this section of the rock, especially because it's a smeary section of rock with no hand holds, mostly friction foot moves. Enjoy it when you can: the Parks department closes this and most of the rocks around it, due to raptor nesting concerns (see below).

Note, the Ghetto is actually part of the Third Flatiron.

Per mark felber: for rappel, there are chains at the south end of the summit, for a 45' rap to the South Bowl. Use the chains here for a 50' rap to Friday's Folly Ledge (or just go from the summit to Friday's Folly ledge in one shot with a 60m or longer rope). On reaching Friday's Folly Ledge, you'll see a great big eyebolt and a sign placed by BOSMP, warning you that the rappel from the eyebolt is 140' and directing you to a much shorter rappel(72') from good chains to climber's left/west. The shorter rappel lands you right on the descent trail. Taking the longer rappel means you have to 3rd class up to the landing of the short rappel to reach the descent trail, or descend 1911 Gully.

FWIW, there is a low fifth class downclimb for those without a rope. 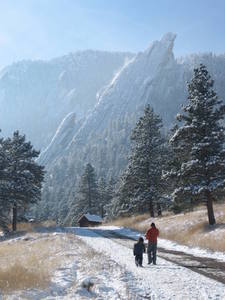 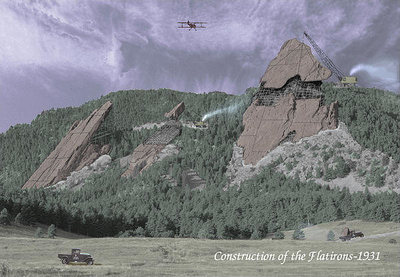 A lot of rebar under all that rock. Holding to… 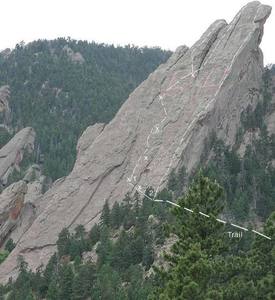 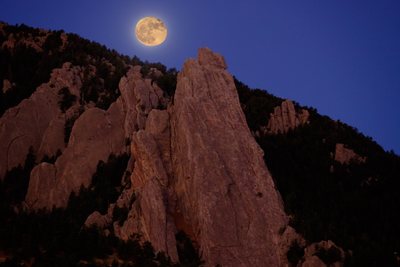 Moon set over the 3rd Flatiron. 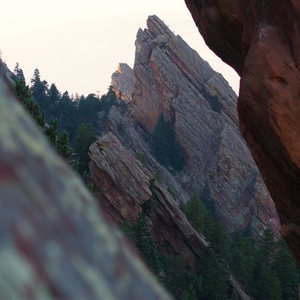 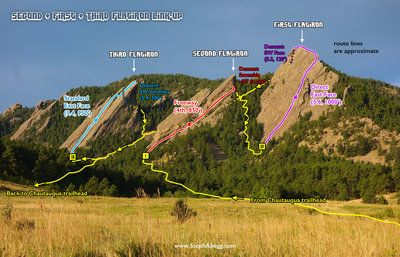 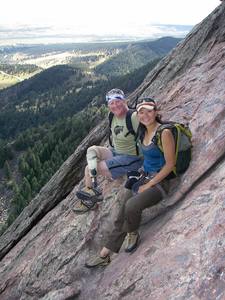 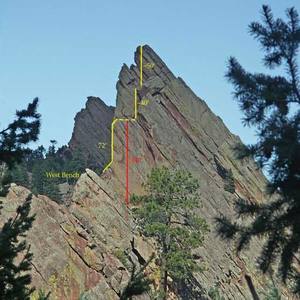 The Third Flatiron from the south showing detai… 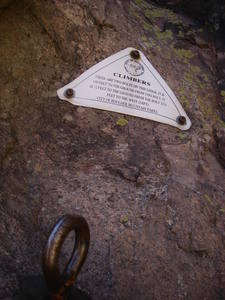 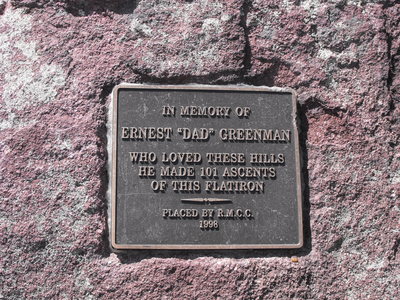 Ernie Greenman's plaque at the summit. He joine… 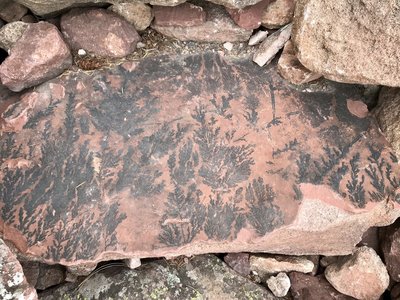 The coolest treadstone ever (on the descent tra… 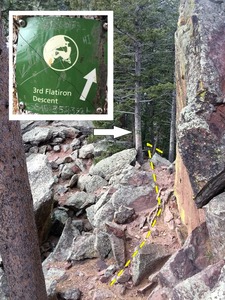 The start of the descent trail from the third (…

All Photos Within Third Flatiron