As one of the world's finest and most famous climbing areas, Eldorado Canyon needs little introduction. It consists of steep, beautiful conglomerate sandstone walls of up to 700 feet high, in brilliant shades of gold and red. The rock quality is reminiscent of granite rather than the soft sandstone found throughout much of Utah and Arizona.

The Action Committee for Eldorado (ACE) is a 501c3 non profit climber organization that is staffed by dedicated volunteers who are committed to conserving Eldorado Canyon State Park. The ACE Board of Directors is comprised of representatives from the Access Fund, the American Alpine Club, the American Mountain Guides Association, and the Colorado Mountain Club, as well as unaffiliated members drawn from the climbing community. ACE has raised over $200,000 for the Park, and has organized and promoted thousands of hours of volunteer time creating and maintaining trails, planting trees, and assisting the Park in numerous other ways. 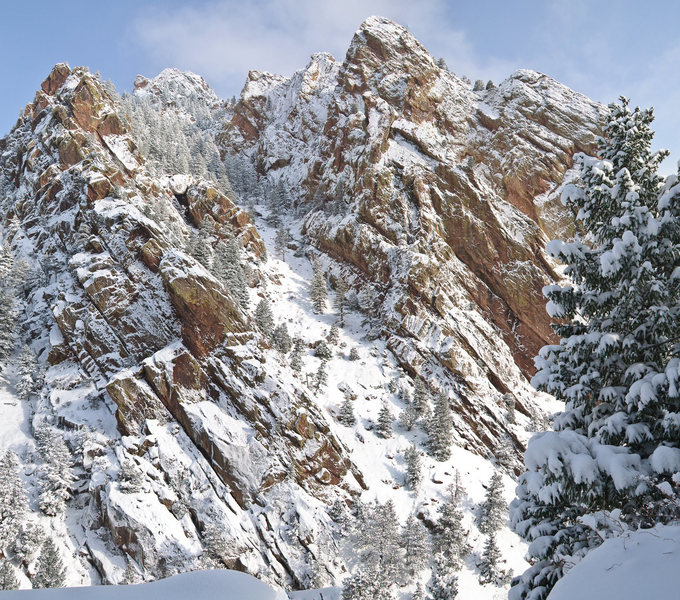 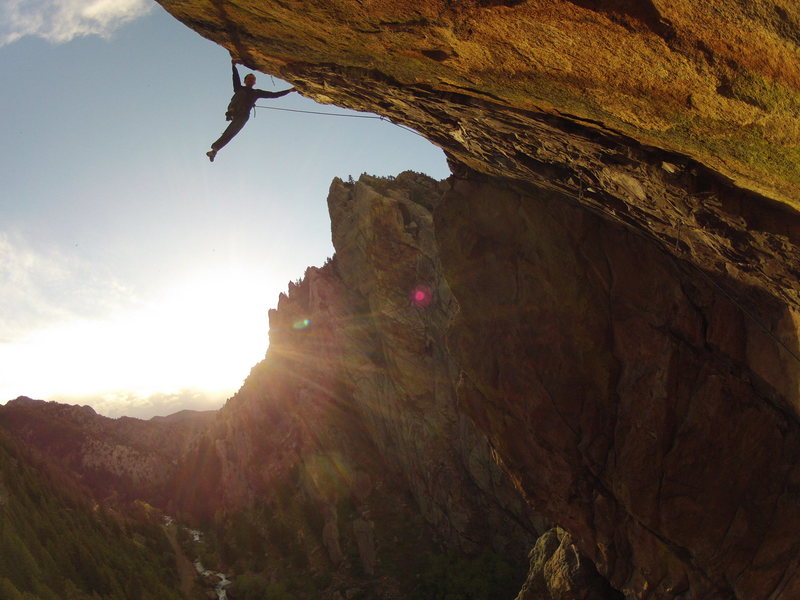 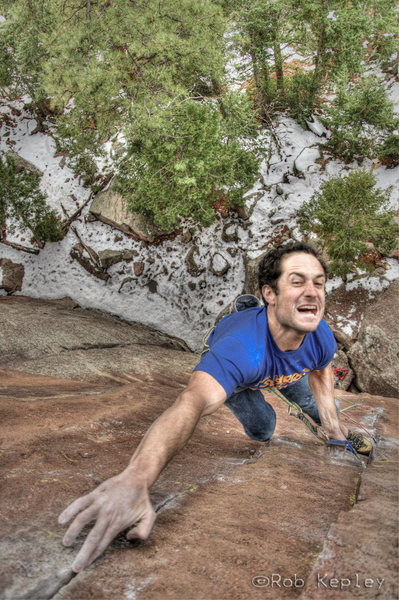 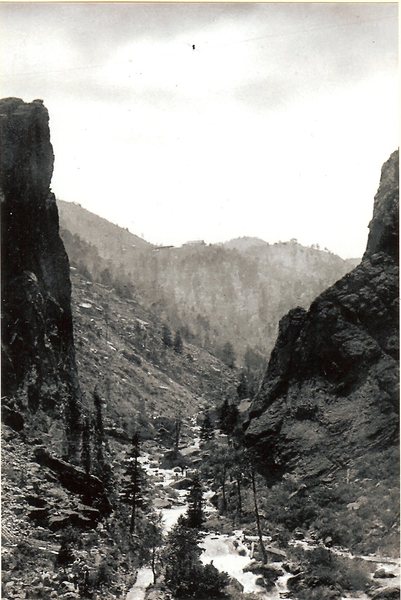 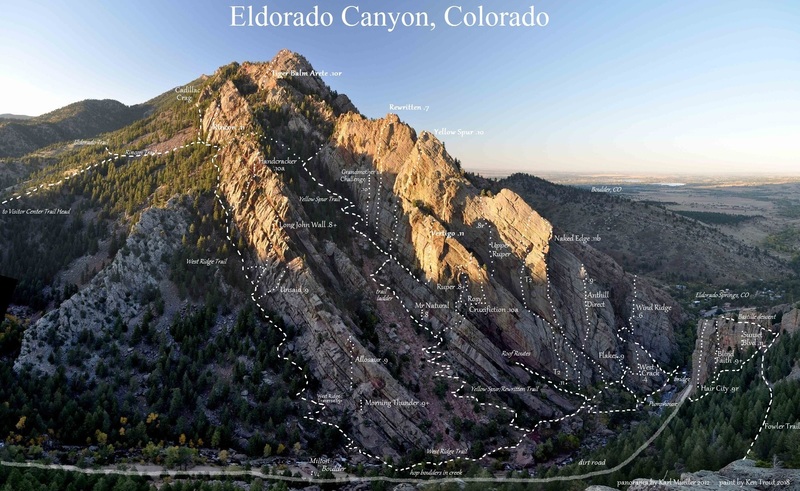 [Hide Photo] Trails and rock climbs of Eldorado Canyon. Karl Mueller's photo has the perfect combination of shade and clarity for painting. P.S. Karl put up one of my favorite Eldo climbs with Alan Nelson… 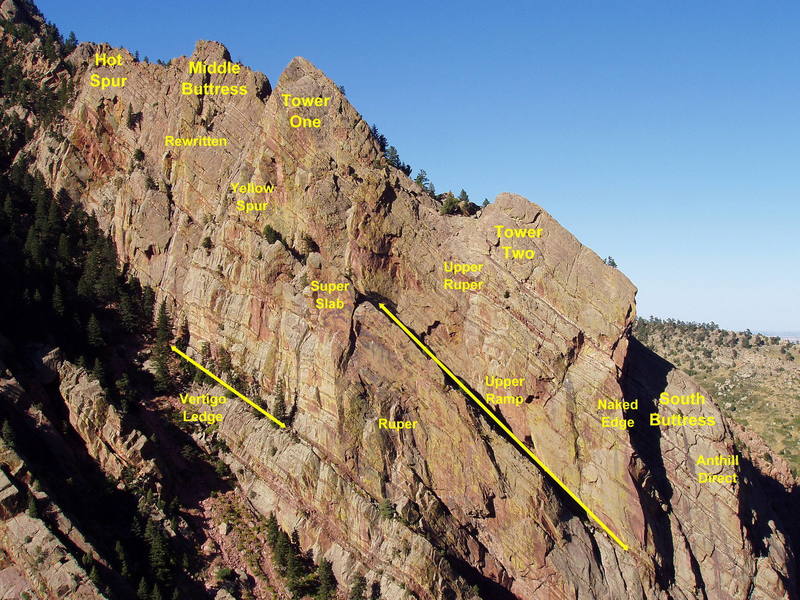 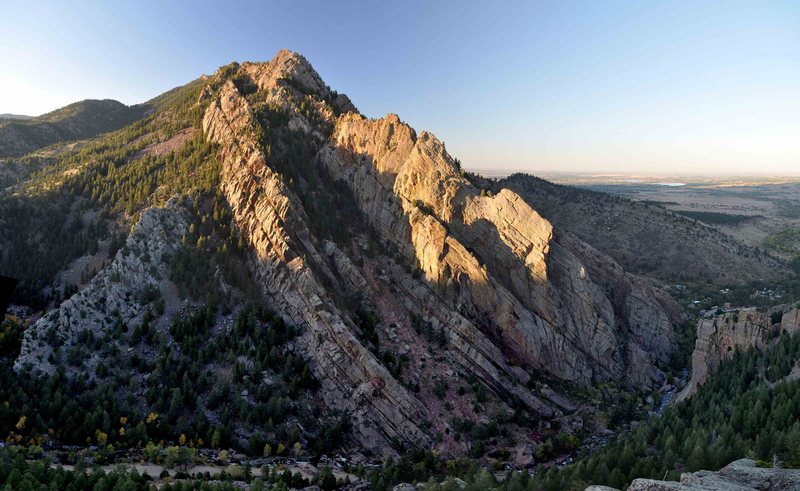 [Hide Photo] Photomosaic of Eldorado Canyon. Shot at sunset from top of Upper Peanuts with a Nikon D90 and stitched in Autopano Pro. Thanks to Mike Morley for help locating the ideal vantage point on top of U… 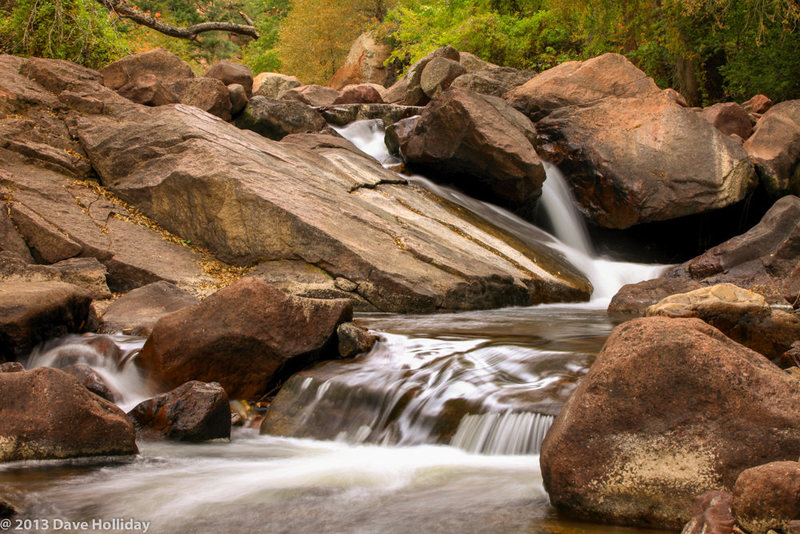 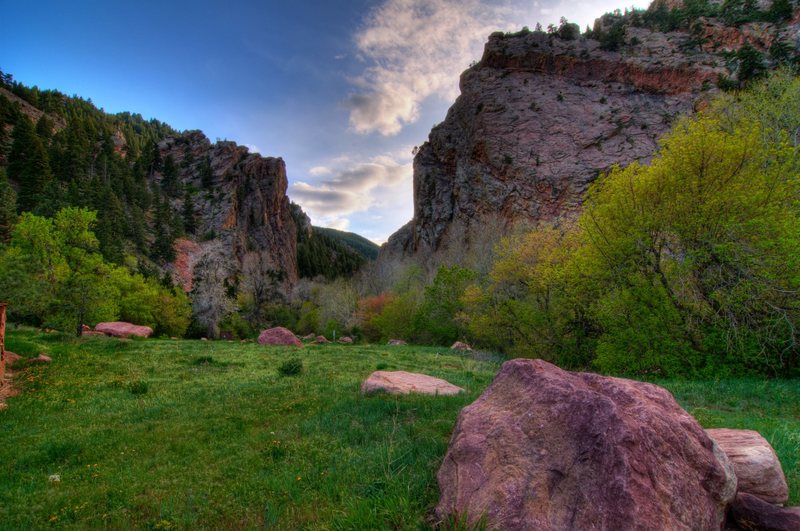 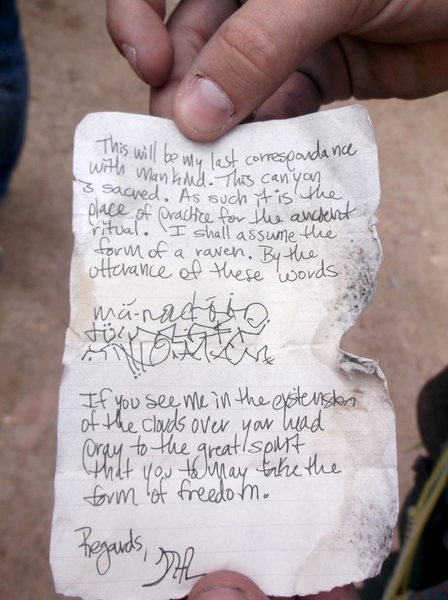 [Hide Photo] Note found in a bottle on the way to the West Ridge. Only in Eldo! 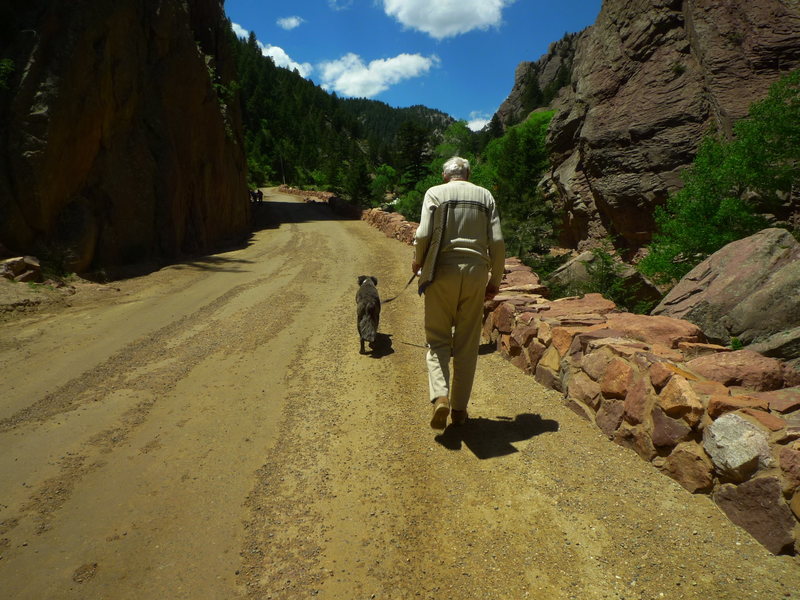 [Hide Photo] Eldo is the best. 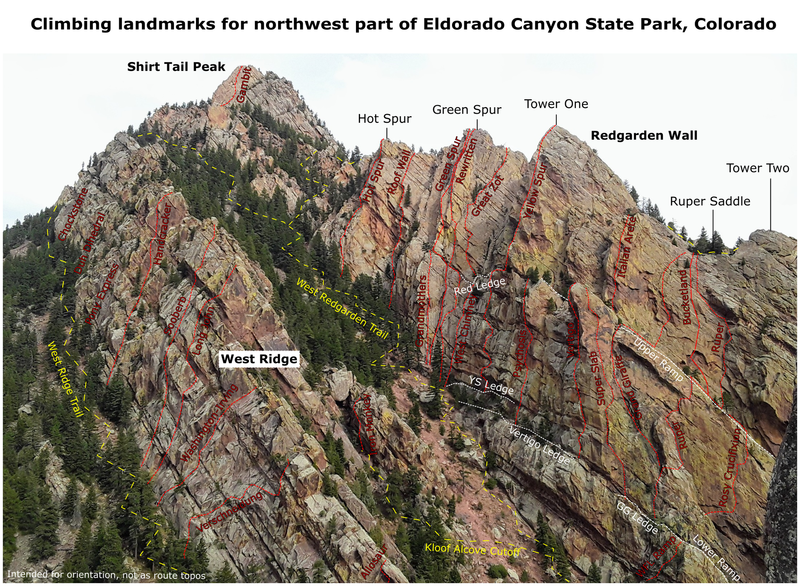