This area contains mostly trad lines from 5.6 - 5.11+. Most routes are in the 5.8-5.9 range, and anchors are rarely bolted. This 400 foot face is the far left side of Lover's Leap, with very dikey vertical and slab climbing up faces and cracks. There are a few additional bolts in place on the rock, but not enough to call any routes sport. This wall has the highest concentration of classic trade routes, making it one of the more popular destinations at the leap.

Almost all of Lover's Leap is featured granite, and for those looking for a polished Yosemite-like quality of rock, you should look somewhere else! The Leap and especially East Wall is covered in dikes, sometimes almost half a foot wide making routes that would otherwise be difficult and very steep into exciting and wildly exposed routes that go at typically moderate grades. You will find this rock in the sun in the afternoon, as it faces Northwest. This will make the rock quite hot on a warm sunny summer day. You are at about 6,100 feet, which helps with the heat somewhat, but not with the sun exposure!

Almost all routes require a walk off the top, there is a convenient trail to the left of the East Wall. There is a spring running behind East Wall that has fresh clean and cold water bubbling out of the ground and running down hill alongside the trail. Please help keep this spring clean and do not use the bathroom or wash yourself off anywhere near it.

Recently we've done some trail work at the East Wall to help mitigate increasing erosion by reducing braided social trails and eroding platforms. In order to better preserve the cliff base area please use the TWO 'main' approach trails to the East Wall:

From the Campground / Day Use Parking (West) - hike east on the Pony Express trail below the Lower Buttress, Main Wall, Central Wall and East Wall. Walk ALL THE WAY to the far east end of the East Wall where the shaded wooden food storage box is located. Take the obvious trail through the brush into the talus at a point just below East Corner and Haystack. Enter the talus at a point where it is both low and only a short distance from the wall.

From here the talus trail forks left and right:

B) Take the right fork to the base of East Corner/Haystack - from the main trail enter the talus and hike directly straight up through the flat area. As you being climbing up the talus trend slightly LEFT through the obvious well cut trail along the left edge of the talus cone. This trail will deposit you directly at the base of the first pitch of East Corner. Haystack starts 10 feet to the right.

DO NOT HIKE DIRECTLY UP THE RIGHT SIDE OF THE TALUS OR UP THE LAZY SOCIAL TRAIL THAT CUTS DIRECTLY TO THE BASE OF HAYSTACK. These social trails have been closed as they are increasing erosion along the cliff base trail.

From the Campground / Day Use Parking (West) - hike east on the Pony Express trail below the Lower Buttress, Main Wall, Central Wall and East Wall. At a point when you are almost directly below the obvious line of The Line there is a well worn, well cut trail through the brush that begins this approach. You should be at a point where the Pony Express trail is (almost) at its farthest distance from the wall. Enter this trail winding right then left and then right again until you reach the base of the talus. Look up and you'll see several very large boulders as well as a large gnarled tree. Follow the path of least resistance through the talus staying to the climbers' RIGHT of the largest boulders AND to the climbers' RIGHT of the large tree. The talus will lead directly to the base of the wall 20ft to the right of The Line cutting through the brush on a very wide, well worn and well maintained trail.

DO NOT HIKE DIRECTLY UP TO THE LINE from the left side of the tree as you'll have to bushwack across the bench below the cliff trail.

Please NOTE that there is NO DIRECT TRAIL to Bear's Reach. Please do NOT move boulders around below these climbs to create benches and cheater platforms to keep your shoes clean. Constant removal of rocks that are in place to create trails drastically increases erosion.

Using these two main trail options will help reduce erosion at the cliff base and help prevent situations such as those below Surrealistic Pillar on the Lower Buttress or below Pony Express at Sugarloaf, where in both cases the ground at the base of the wall is literally falling away from the cliff due to erosion. Thanks!

Climb all of the most popular routes on East Wall in a day. The (EWIAD) consists of 11 routes which must all be climbed from bottom to top doing the full walk off back around to the base between each route.

The combined route height is approximately 4000ft of climbing between the grades of 5.6 to 5.11. Pulling on gear through the hardest sections is permitted, but of course, not a free ascent ;-)

The routes which must be climbed are; 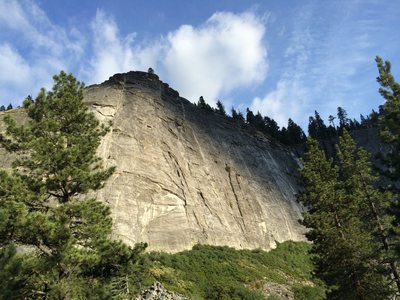 Golden hour on the East Wall 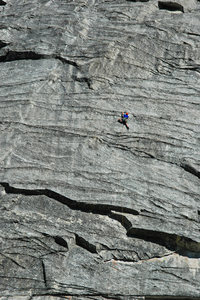 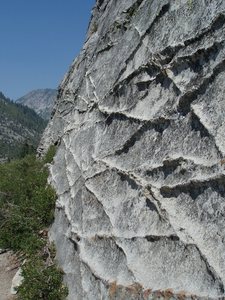 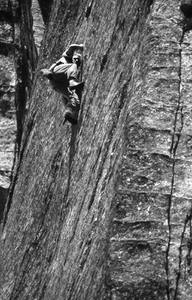 Al Swanson on the first ascent of "Unknown… 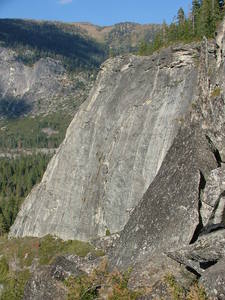 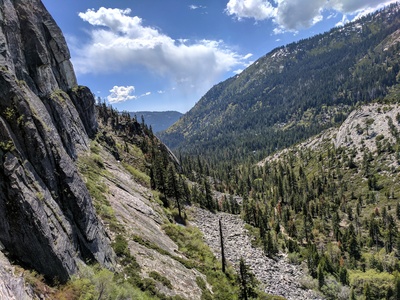 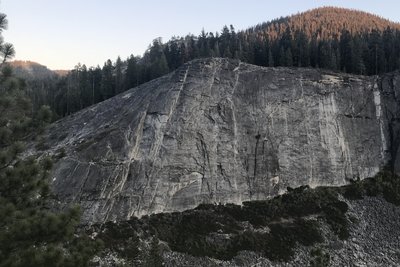 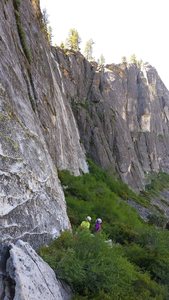 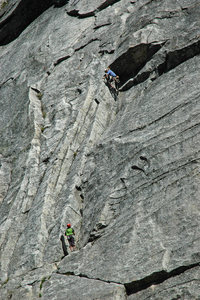 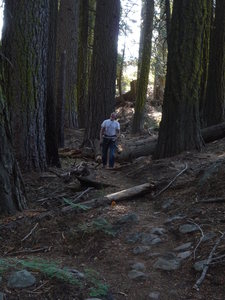 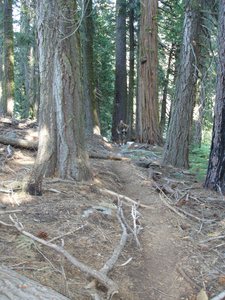 All Photos Within East Wall