The developed sport climbing at the cove is all located on a crag called Sentinel Rock. This area is sandstone - though a tougher version than that found at other Bay Area sandstone areas. Some parts are a little crumbly, and the holds are occasionally pretty sharp on the hands.

The developed and developing bouldering is all around the park, mostly to the southeast of the parking lot and could eventually yield as many problems as castle rock, though in more secluded settings. Excellent boulders with unique sandstone texture and some shitty landings.

Access to the rock is a non-issue, except in one respect - watch the tides! At high tide or high surf, the Treasure Chest wall will get waves that could soak you and your gear if not drag you out to sea entirely. Watch out for sleeper waves when the belay slab is dry! Avoid high tide there, and use caution to keep you and your pack high and dry.

Salt Point is located up Hwy 1 from Jenner Beach. The drive is probably at least 2 hours from anywhere south of Marin county.

From the Bay Area, get on 101N until the Hwy 116E Napa/Sonoma exit (in Petaluma).Turn right off the exit onto Lakeville/Hwy 116 heading west. Turn left 1 mile later onto E. Washington St. Follow E. Washington as it becomes Bodega Ave and later Valley Ford Rd, which intersects Hwy 1. Go north on Hwy 1. Fisk Mill Cove is 23 miles north of the intersection of Hwy 116 and Hwy 1.

For Senital Rock, Turn left off the highway at the Fisk Mill Cove sign (it's easily visible from the highway) into a parking lot. Continue west to the second parking lot; a trail leads down to the rock from the far end of this lot.

For Shroomland and other rocks not accessed via the main parking lot:

Park Southeast of the main parking lot at a pullout on the West side of the road at mile marker 42. 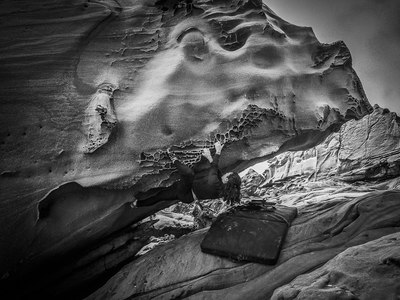 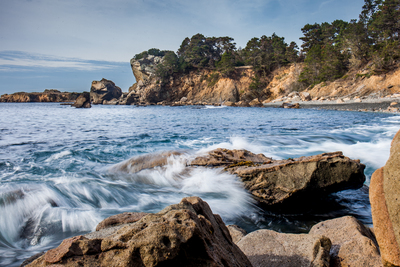 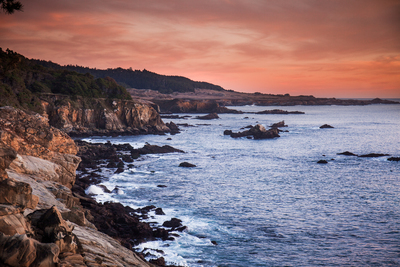 Looking south along the coast from the Treasure…