Parking on Grizzly Peak Blvd is forbidden from April 15 to November 15 every year during fire season.

This mostly hidden bouldering area is located about 10 minutes from the Berkeley campus. There aren't too many routes here, nor are there many rocks, though the ones that exist are have excellent variety in difficulty, ranging from V0 to V9 or harder. Rocks range from 8 feet tall to around 20. As some of the poison oak has been peeled back from the landings of many of the rocks, this area has seen additional traffic in recent years. However, you will still probably be alone in the shady trees surrounding most of the rocks here.

You will find interesting traversy problems, in addition to some challenging overhung routes on the large initial main rock.

The rock is a volcanic mix that is signature of bouldering in Berkeley, with similar rock found at Indian Rock. Some of the rock is crumbly, though it has cleaned up for the most part on established routes.

Perhaps these rocks and climbs have names, but I'm not aware of most of them. If you know the names, please let me know, and I'll update any descriptions.

The rocks continue into the trees, and up for a ways, though climbable rocks stop after 40 yards or so.

Exit I-80 on University heading east towards the Berkeley campus. At campus, where University ends, take a right turn on Oxford. Continue 4 blocks to Dwight, and head up Dwight past the dorms and through the roundabout to Prospect. Go left on Prospect, and stay on Prospect 1 block until a forced right (or you'll go into Berkeley's Memorial statium parking lot), onto to Stadium Rim Way. Follow this along the top of the stadium up to the stop sign, where you should go right on Centennial Drive. Stay on Centennial past Lawrences Berkeley labs until the stop sign at the top of the hill, which is about 2 miles. Take a right on Grizzly Peak Blvd at the stop sign. Travel about 1/3 of a mile, and you will see some Boulders on the left side of the road.

From Westbound 24 (after the Bay Bridge, Highway 13 or 880) the 13 North exit towards Berkeley. Follow this into Berkeley first up and then down the winding tunnel road until the third stop light, where you shuold go right on Domingo Ave. This short street will head left after 1 block, and then into a stop sign, which is Claremont Avenue. Head up the Canyon to the top of the hill, which is about 2 miles. At the stop sign at the top, take a left on Grizzly Peak road, and the rocks will be clearly visible on the right 30 feet from the road about 3 miles later after a couple of consecutive 15 mile per hour turns.

Just before the Caldecott Tunnel, exit highway 24 on Fish Ranch Road. follow the winding exit ramp uphill, until a right turn on to Fish Ranch Road at the stop sign. Follow Fish Ranch uphill to the stop sign, which is Grizzly Peak where you should go right. The rocks will be clearly visible on the right 30 feet from the road about 2 miles later after a couple of consecutive 15 mile per hour turns.

Parking November 16th - April 14th is on either side of the road (assuming it's wide enough not to interrupt through traffic on Grizzly peak) near the boulders.

Parking April 15th - November 15th is uphill (southward) about .2 miles to a pullout on the East side of the road. 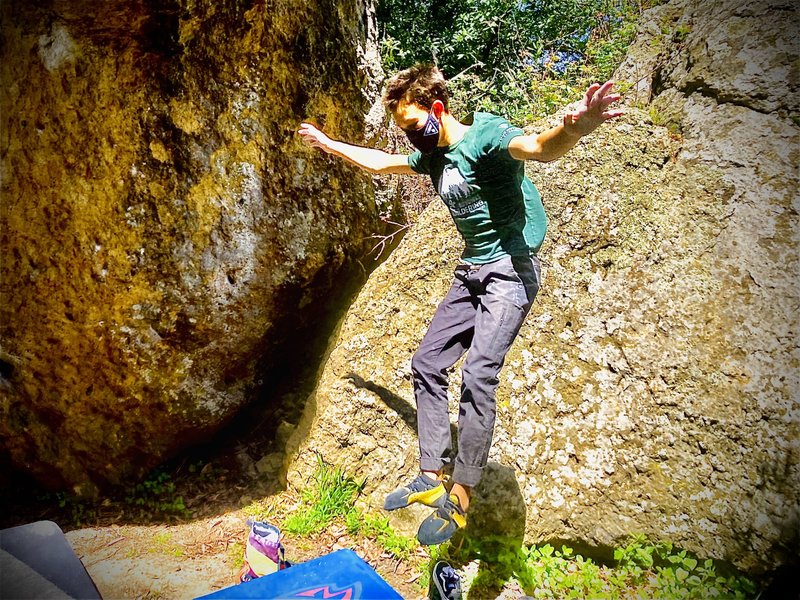 [Hide Photo] Analise trying to jump over the poison oak. 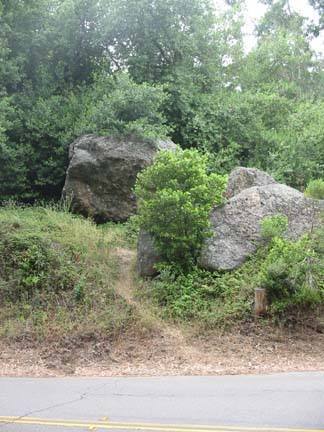 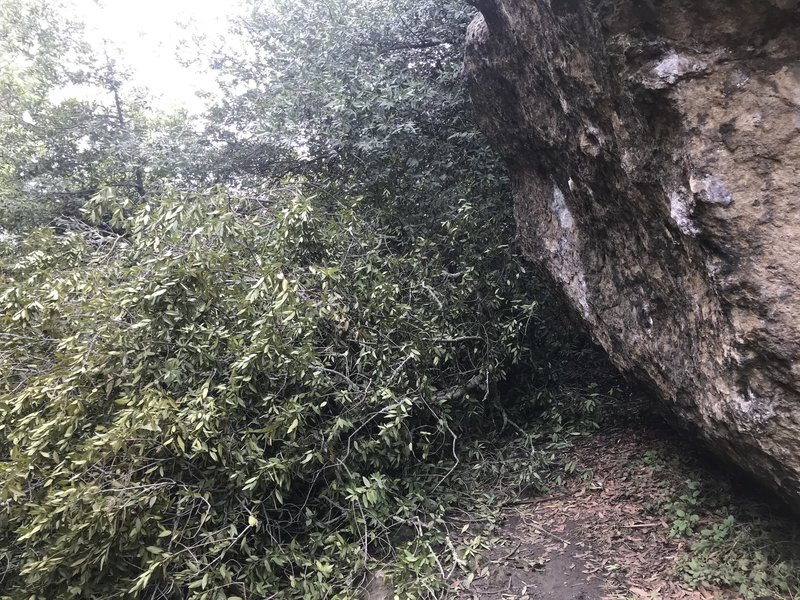 [Hide Photo] Downed tree in front of Scary Overhang. Would like to help clean up but don't even have a pair of shears to my name. If you have the tools that can handle this sort of thing, shoot me a message and…