The Techulator is a worthy and sunny destination. There are many decent to good routes, enough to keep most anyone busy for a day or two. There may not be a single five star classic but there are many one- three star routes including Muffin Bandits (5.10b)face to crack, E.B. Bon Homme (5.9) a nice splitter, Alexander's Salamander (5.10d) finger crack and Tchalk is Cheap (5.10d).

Take the north Wonderland approach as though heading for Ellesmere Island and Gilligan's Island. Just after passing Ellesmere and Gilligan's Island on the trail cut due east around the northern base of Gilligan's. A group of formations are seen to the east including The Techulator, Pernicious Dome, El Dorado and the Skin Graft. The approach is ~2 miles and takes 45 minutes or so. 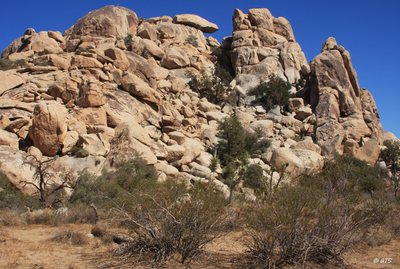 As observed from the approach 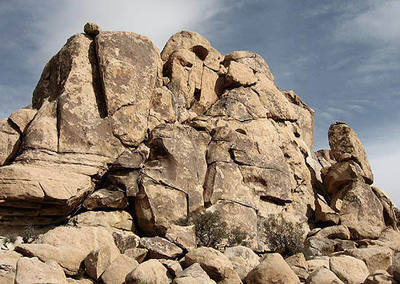 The Techulator. Photo by Blitzo.

All Photos Within The Techulator