The original name given this formation by Mark Powell and Bill Feuerer in 1958 was "The Can Opener." Later, early Wolfe guides called it "Balance Rock." Wolfe changed the name again to "Headstone Rock" since there is some evidence that this name was used before climbers named it (a couple of miners are buried nearby).

Whatever you call it, Headstone is one of the true classic locations at JTree, and home to two of the parks most popular moderate routes: SW Corner (5.6 ***) and Cryptic (5.8 ***). Although the SW Corner offers spectacular exposure (due to the positioning of the rock), both routes are well bolted by JTree standards. In addition to these two routes, the South Face Center goes at 5.9, and there are some bolted 5.reallyhard sport climbs on the blank, overhanging north face of the rock as well.

Quickdraws are all you'll need for protection, although a couple of double-length slings will help for setting a belay on the top of the SW Corner.

Rappel descent from bolts and chains on top of the rock.

Like I said, these routes are POPULAR, so get there early in the morning or climb them late in the evening. But they're well worth it!

Park on the east side of the Ryan Campground Loop, next to the bathroom. From there it's an easy 100 yard plus 2 minutes of 3rd class approach (past some kind bouldering, by the way). 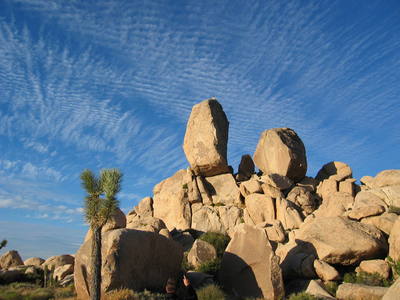 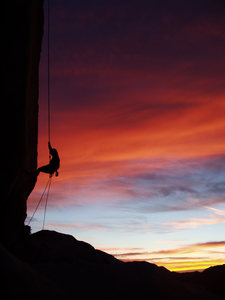 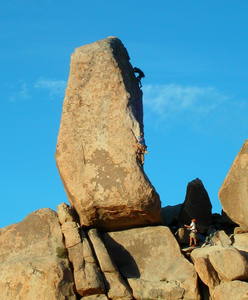 Climbers on the Southwest Corner and Cryptic. 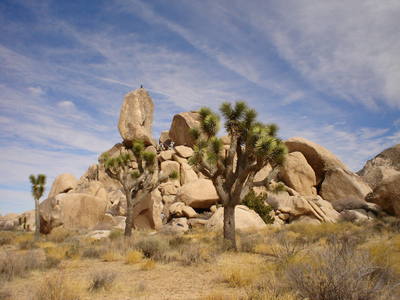 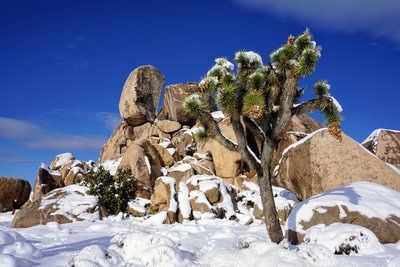 Shan climbing Headstone Rock with a foot of sno… 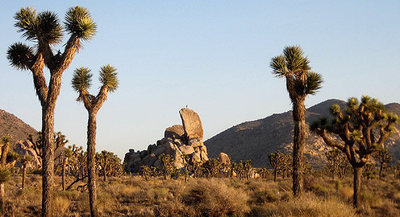 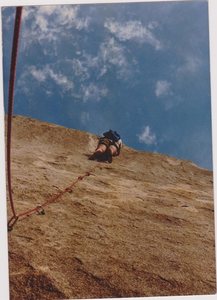 Don Thompson climbing the once 'Bolt Ladder' on… 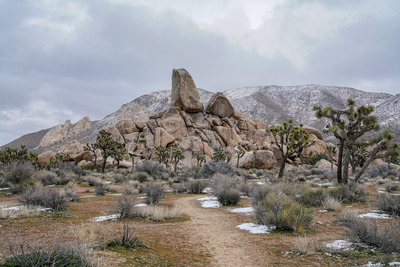 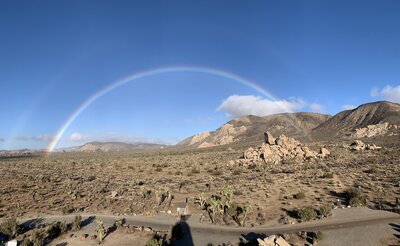 Headstone Rock under a rainbow. "with permissio… 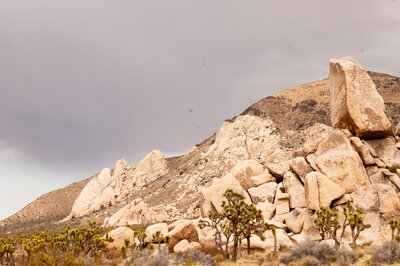 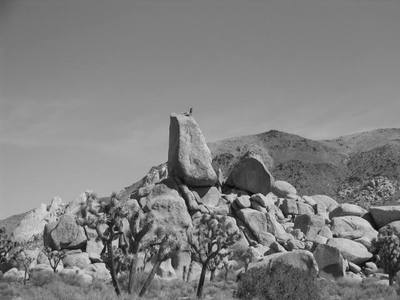 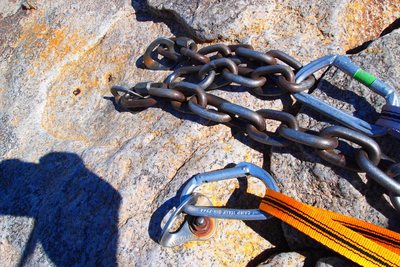 All Photos Within Headstone Rock