Exit 32 / Little Si or Deception Crags has the nearest sport crags to the Seattle area. These groupings of crags are hidden in the hills all around North Bend and offer decent rock, a plethora of routes and some of Washington's hardest climbing at Little Si's World Walls.

For those who are versed in glacier travel, consider one of Washington's volcanos, ranging in difficulty from Mount St. Helens (a long hike in summer and an easy snow climb in spring) to Mount Rainier, the third-highest mountain in the contiguous US.

The entire Cascade range is full of alpine adventure, with much alpine rock and ice in the North Cascades. Though you'll find plenty of choss, you may also be pleasantly surprised by beautiful granite and gneiss: Washington Pass, with dozens of pink-granite surrounding towers, is the premier alpine rock climbing experience in WA.

Stuart-Enchantments, with its stunning lakes, mountain backgrounds and stands of golden larches, is also home to tons of climbable spires and peaks. Stuart itself is one of the largest granitic mountains in the US. Due to its popularity, the area is protected by a lottery permit system for access.

During Washington's oft-dreary winters and fall, many climbers head for drier rock at Frenchman Coulee (Vantage), a bunch of basalt crags in the middle of the state near the Columbia River. As is appropriate for basalt cliffs, there's plenty of sport routes on the columns and trad routes in between.

Farther away from Seattle but consisting of similar (variable quality) rock to North Bend's crags is Mazama, a small town north of Winthrop and just east of Highway 20. It's home to Goat Wall, which boasts several long, moderate sport routes such as the popular 18-pitch Flyboys.

Index, a small town just off Highway 2, is known for hard, thin cracks on fantastic granite. Yet you can find plenty of easier trad and sport climbs as well. And looming over town sits the impressive Mount Index, home to some difficult, committing alpine ascents and what Fred Beckey calls 'one of the most difficult summits to attain in the Cascades' - the Middle Peak.

Darrington, nestled in the west drainages of the North Cascades, has several peaks with long granite slab climbs reminiscent of Yosemite's Tuolumne Meadows. Most approaches here are 30 minutes or more. Closer to Seattle, but having very similar granite slab routes is Static Point.

Spokane Area has many varied crags and popular bouldering around and within the city itself.

Around the Bellingham area on the northwest coast, there are many small crags, some worth visiting, some definitely not. A standout is Mount Erie, not much of a mountain, but with plenty of diorite cliffs offering one-pitch sport routes.

Along WA's southern border is Beacon Rock, a huge piece of basalt overlooking the Columbia River. While bird-nesting closes some of its areas temporarily and one whole face permanently, the fact remains that it's a 850-foot piece of quality and adventurous rock.

Remember: Before you consider adding an area or route, please read below, and don't add an area on this page. 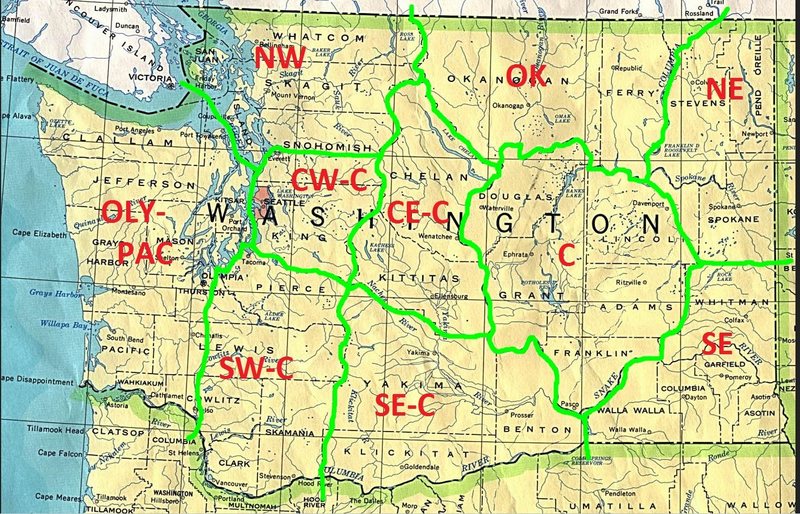 To find climbing areas, check the map above and find the corresponding link on the right, or search the area's name in the search bar. To add an area, make sure you're not adding an area on this page. Check the overall areas on the right to see if it's already listed; if it's not, fire away. 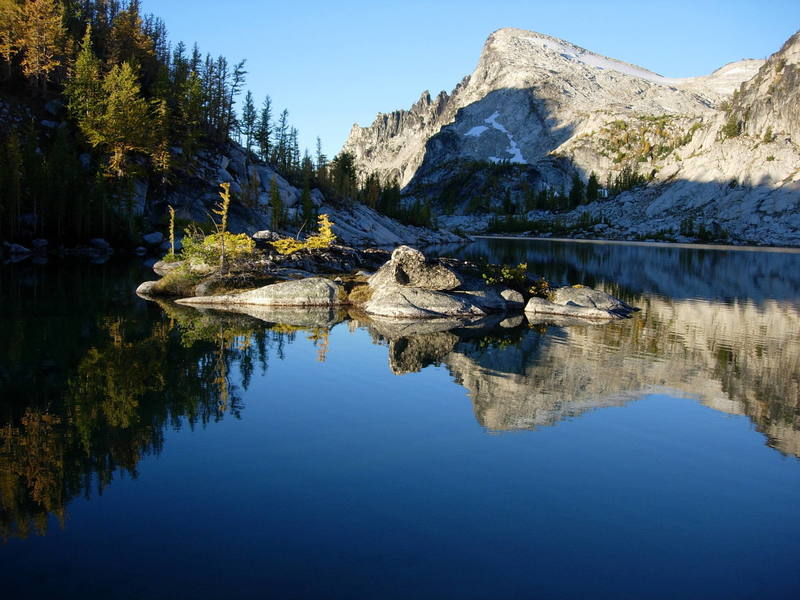 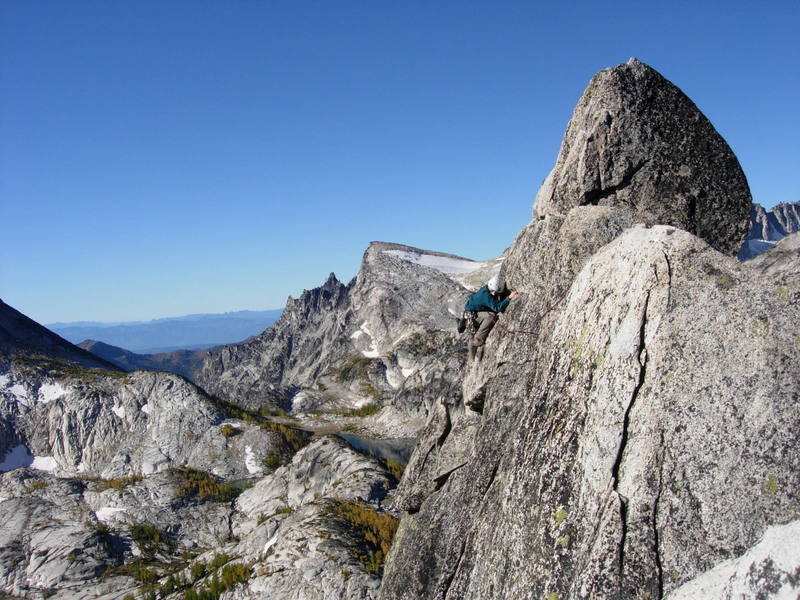 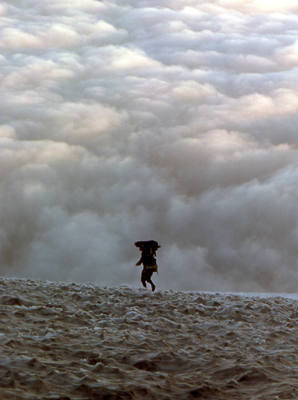 [Hide Photo] Walking into a sea of clouds-MT Rainier. Photo by Blitzo. 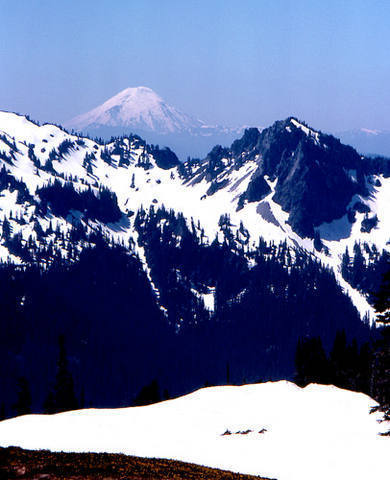 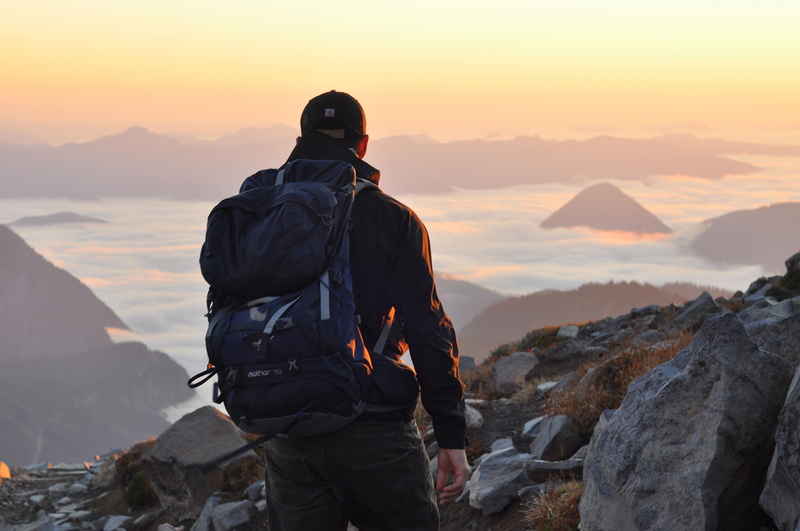 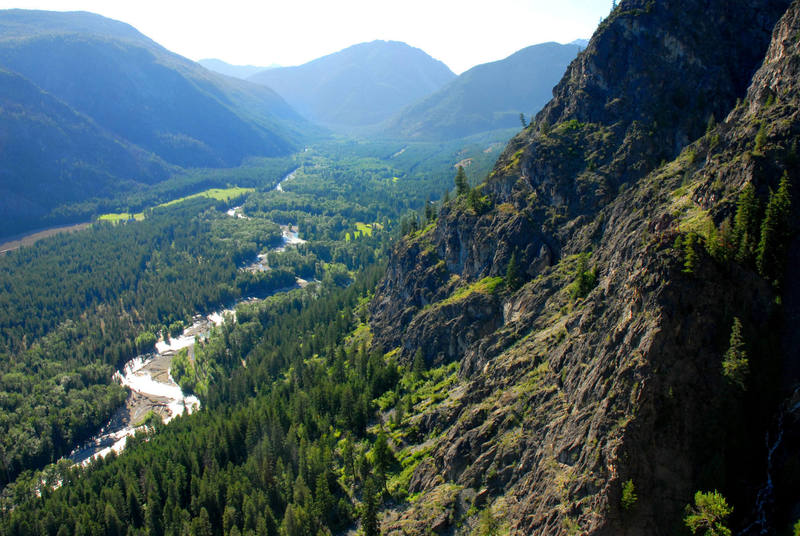 [Hide Photo] View of the Mazama area from Prime Rib on the Goat Wall. 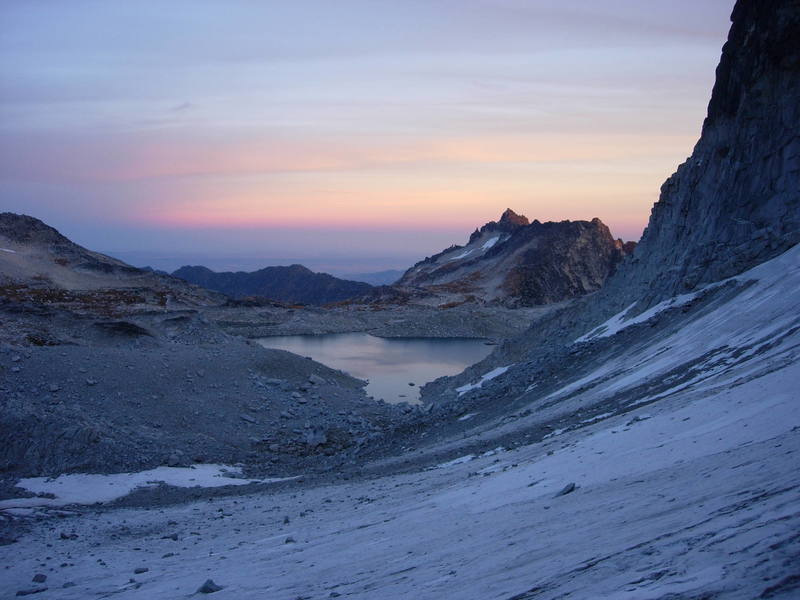 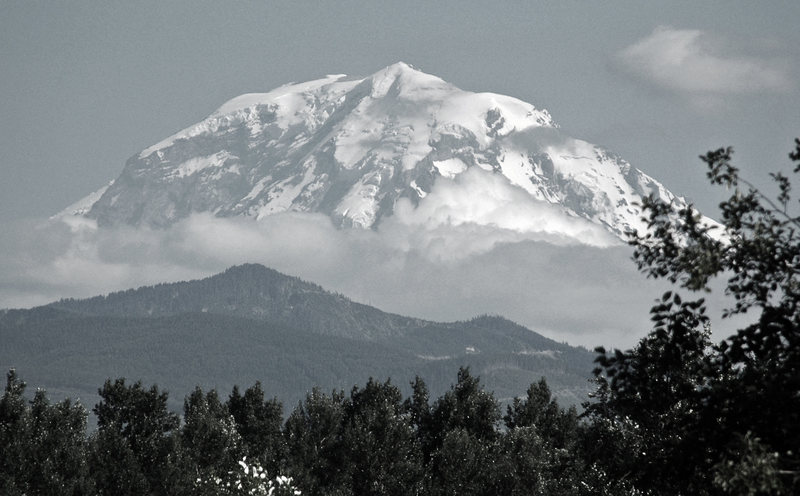 [Hide Photo] Rainier from the northwest 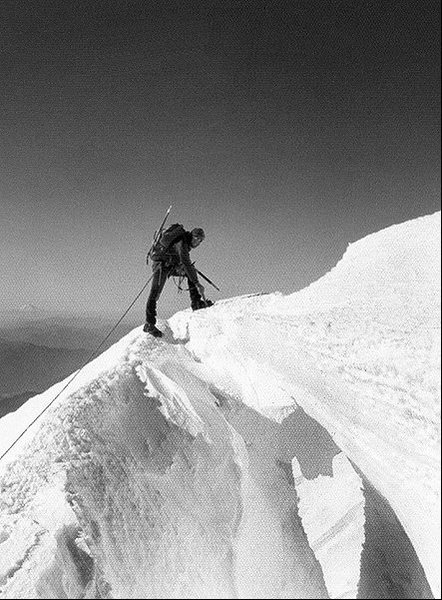 [Hide Photo] Errett Allen crossing a snow bridge on Mt. St. Helens, 1974. The bridge collapsed just after I crossed it. 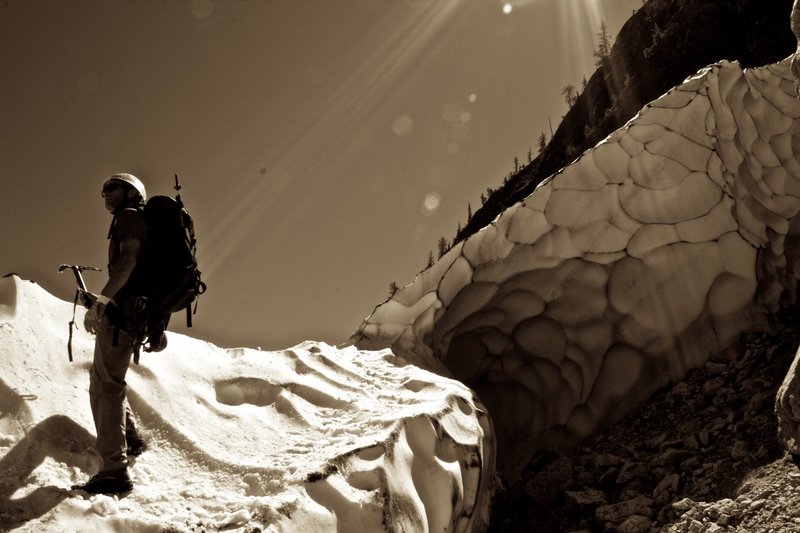 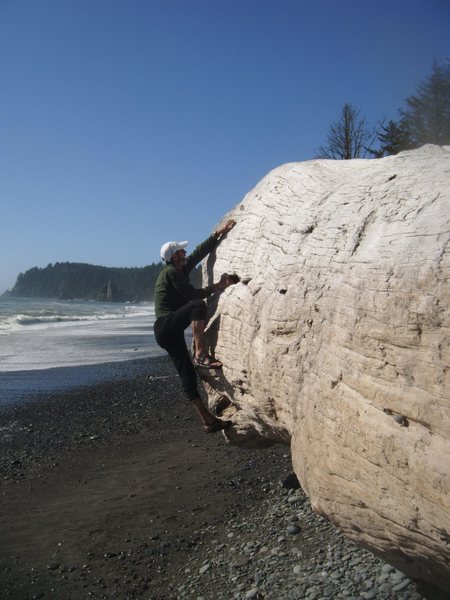